Real ‘superfoods’ you should be eating more of, according to science

Here are the top 25 healthy foods you should add to your diet , according to America’s leading public health institute.

The term “superfood” doesn’t actually mean anything , and most of the foods hiding behind such a label aren’t all that good for you. But there are dozens of real, nourishing foods that you should be eating more of right now.

Cabbage is a good source of calcium, iron, fiber, folate, and vitamins:

Cabbage and its cousin Chinese cabbage are rich in calcium, iron, fiber, folate, and

Cauliflower packs in the fiber and folate:

Cauliflower is rich in fiber and folate, vitamins B6, C, K, and potassium. A cup of

chopped, raw cauliflower has just 27 calories, 3 grams of fiber, and 2 grams of protein. Toss some in your next curry.

Kohlrabi is high in vitamins C, B6, and potassium: 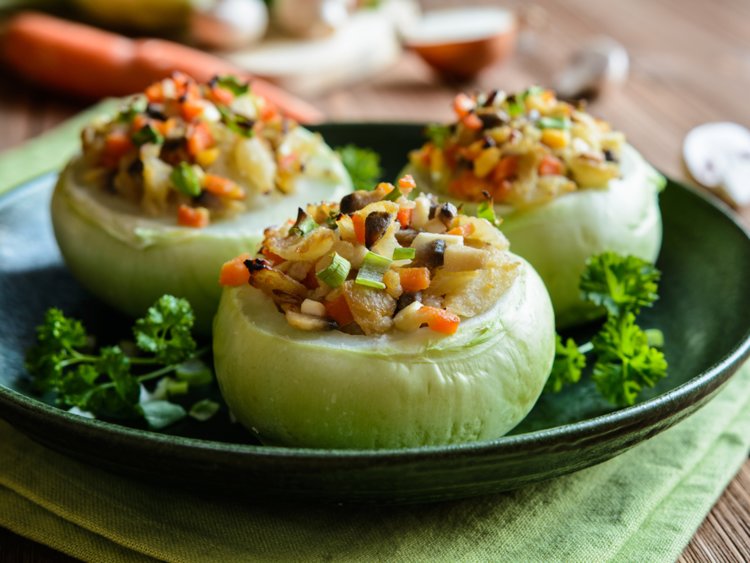 vitamins C and B6, and potassium. A cup of it raw packs just 37 calories but a whopping 5 grams of fiber. Try it baked.

Scallions are flavorful sources of vitamins A and C:

Scallions, known for their crunchy texture and poignant flavor, are low in calories (just

32 for a whole cup) but high in nutrients like vitamins A and C. Try chopping up a few and adding them to salads.

Brussels sprouts contain compounds also found in other leafy greens like broccoli that may help reduce the risk of certain cancers:

A member of the cabbage family, brussels sprouts contain compounds called glucosinolates and isothiocyanates that may help reduce the risk of certain cancers, according to a study published in the Journal of Food Science.

Brussels are also high in fiber, folate, vitamins A, C, K, and B6, iron, and potassium. A cup of them boiled has around 56 calories and packs some protein too.

A cup of pumpkin has more potassium than a banana:

carotene or vitamin A, which plays a key role in preserving our vision, especially at night. Plus, they’re high in potassium (a cup of boiled, mashed pumpkin packs more than a banana), fiber, vitamins B6, C, E, and iron, and they can be baked into a yummy fall gratin.

Several studies suggest a link between crunchy veggies like broccoli and a reduced risk of certain cancers and other chronic diseases. 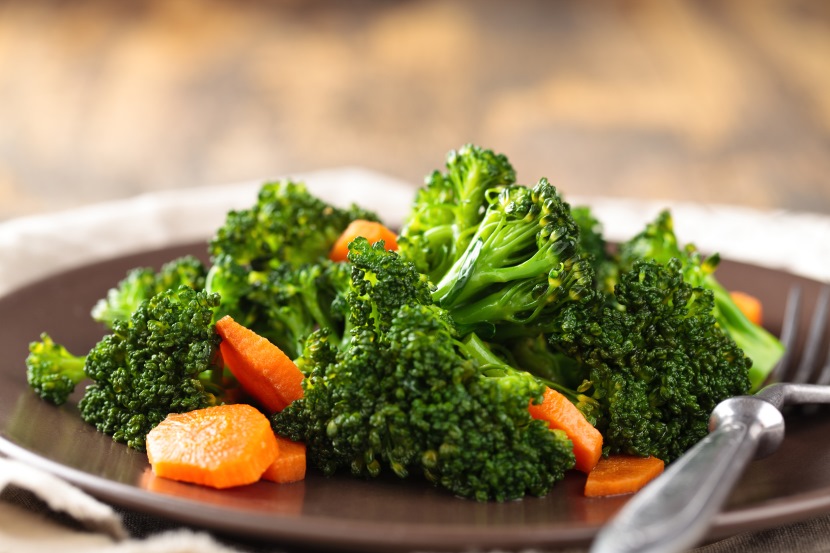 Plus the miniature trees are high in vitamin C and folate, which is especially important for women who’d like to get pregnant one day. So try tossing a few stalks in your next stir-fry.

This spicy green is a delightful addition to a salad or pizza. Like its cousins broccoli and 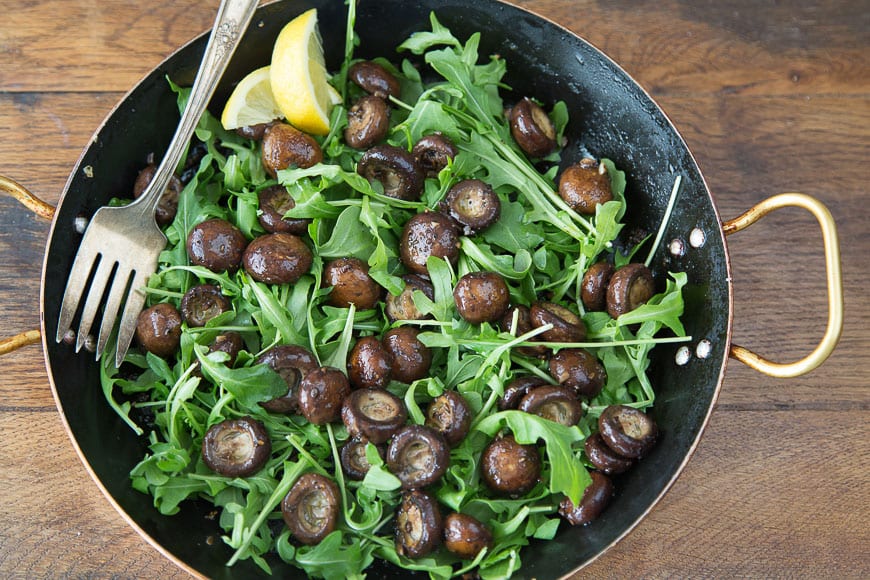 kale, arugula has many nutrients that have been linked to disease prevention and improved digestion. Plus, it’s a good source of zinc, calcium, and iron. Toss it on your next pizza.

Bell peppers provide 300% of your daily allowance of vitamin C:

Collard greens have your vitamins covered from A to Z, literally:

potassium, and zinc, collard greens have your nutrients covered from A to B.

A cup of kale gives you nearly 700% of your daily allowance of vitamin K:

Sure, it’s trendy now, but kale has been good for you since long before it was cool.

A cup of raw chopped kale gives you more than 200% of your daily allowance of vitamin A plus a whopping 684% of your allowance of vitamin K. It’s also high in vitamins C, B6, calcium, and potassium. Like broccoli, kale also contains high levels of glucosinolate plant compounds, which may be helpful in protecting against certain types of cancer.

Delicious on a baked potato, chives are rich in fiber, vitamins A, B6, C, and K, as well as Next time someone disparages a salad as “just lettuce,” remind them how good for you leaf lettuce is. With just five calories per cup, leaf lettuce also packs in vitamins A, B6, C, and K, as well as calcium, magnesium, fiber, iron, and potassium.

Parsley and chicory are good sources of fiber and vitamins:

Both parsley and chicory are great sources of vitamins, folate, and zinc. And they’re very 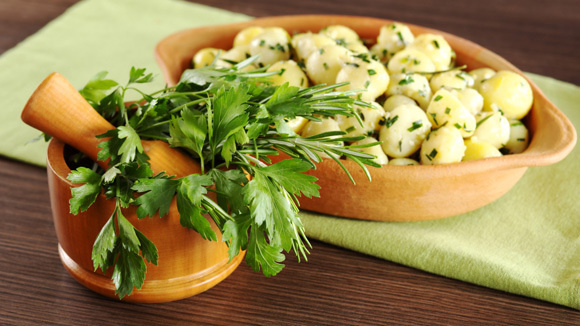 Spinach may be a true power food:

a role in protecting against cancer and other chronic diseases. In fact, a 2011 study suggested that some of these components helped cyclists use less oxygen over the course of a ride. And a 2014 study found that another spinach compound called tyrosine helped to improve reflex speed.

Swiss chard is rich in iron and magnesium: 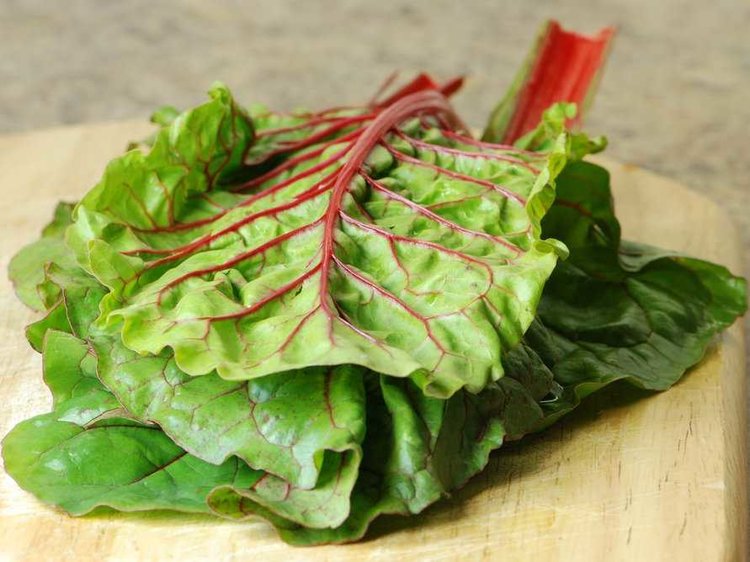 chard is also low-calorie, with just seven calories per cup . Both its dark green leaves and juicy stalks are completely edible.

Watercress could help reduce your risk of diseases like diabetes:

Although often overlooked, watercress is a nutrient-dense alternative to plain old lettuce

that can be eaten raw or cooked. Plus, a large review of five studies published in the European Journal of Nutrition suggested that watercress and other leafy greens were among the standout foods with the strongest links to reducing risk of type 2 diabetes.

5 Responses to Real ‘superfoods’ you should be eating more of, according to science